The highly anticipated hearing for the conservatorship case of Britney Spears is scheduled to take place today. The hearing might give something that the diva has been craving for years – her independence!

It is expected that Judge Brenda Penny will end the legal arrangement of the controversial conservatorship led by her father Jamie Spears.

The conservatorship has controlled the career, personal life, and finances of Britney Spears since 2008.

Britney Spears has repeatedly asked for the termination of the conservatorship. She was allowed to speak her mind for the first time in court this year and things escalated really fast after her outburst in the court.

The singer has been battling for years to get rid of the abusive conservatorship which has controlled her life. Spear also allegedly claimed that her father is an abusive man.

If Judge Penny terminates the conservatorship; this will be a huge victory in camp Britney Spears. It would also mark an end to the most unusual agreement between two parties which sparked protests among Britney Spears fans across the world.

Fans are planning to gather outside the courthouse in Los Angeles and block the street to demonstrate their support to the starlet. The protesters are also planning to arrange a “freedom party” on Friday if Judge Penny ends the controversial conservatorship.

Junior Olivas, who is a huge fan of Britney spears and was one of the first people to demonstrate his feelings regarding the conservatorship at a #freebritney rally almost 3 years ago stated, “It’s emotional because I feel like Britney’s prayers are finally going to be answered.”

Britney Spears was placed under a conservatorship in 2008 after she suffered from a vicious ordeal from the paparazzi while undergoing severe mental health issues. She was placed under the conservatorship and since then everything in her life from finances, new albums, career to meeting her sons, whom she can date, birth control etc. has been closely monitored and controlled.

Britney Spears stated that she wants the conservatorship to end soon and without any further evaluations of her life.

Britney Spears and her fans across the globe are very optimistic that she will be freed today and that the conservatorship will come to an end in today’s court hearing. 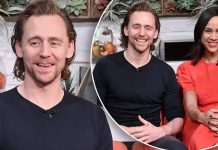