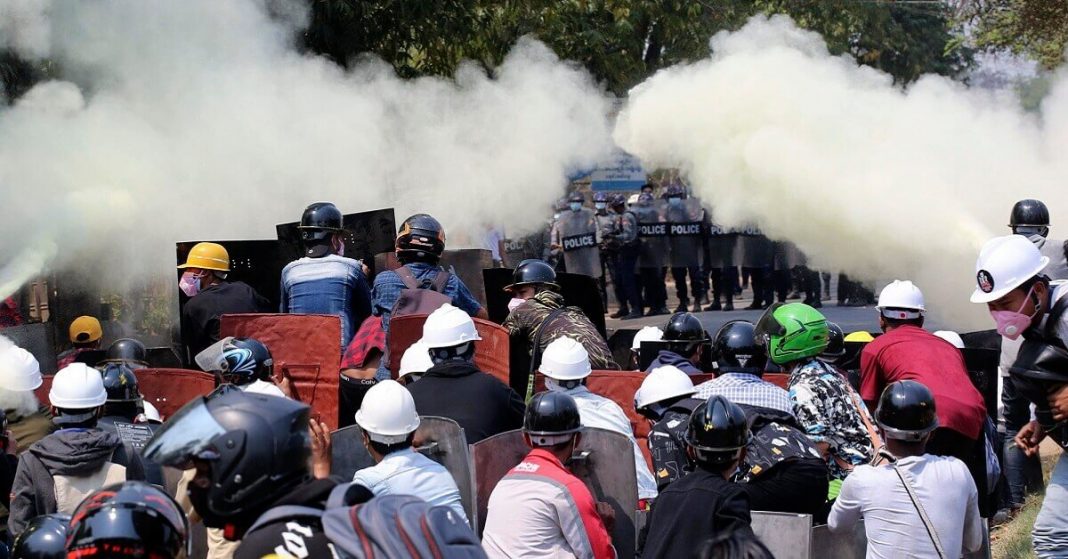 A massive party near the University of Colorado in Boulder turned violent and left three police officers wounded. The concerned authorities are mulling to pursue criminal charges against those involved.

As per the reports, hundreds of people crowded the streets of Hill near the Boulder area. When they were told by the police to leave the area, the crowd attacked the police with bottles, rocks, and other objects.

The violent mob damaged a car completely. The police were forced to bring a SWAT team and use tear gas to disperse the crowd. Approximately 500 to 800 people were out on the street when the confrontation took place.

Boulder Police Chief Maris Herold claimed that most of the participants were without masks. No COVID-19 related SOPs were being followed to prevent the spread of coronavirus. The rowdy crowd set off fireworks in the middle of the street which resulted in damage to a fire truck and a law enforcement armored vehicle.

The behavior of the crowd was termed as ‘shameful’ by the District Attorney of Boulder County Michael Dougherty as it took more than three hours to disperse the crowd.

After the crowd dispersed, officers started an investigation to identify the individuals involved in the attack. They reviewed various camera footage and videos shared on social media platforms. The officials also set up a portal to facilitate the general public to share any kind of additional video footage which can be used as evidence against the troublemakers.

Herold claimed that no arrest was made at the site. Otherwise, the situation could have turned for worse.

The particular Hill neighborhood is famous for raucous parties and there have been reports of confrontations in the past as well. There was a big scramble between the officers and the rioters in 1997 resulting in as many as 12 officers getting severely injured.

The party mainly involved students of the University and the irony is that the University administration knew its students were involved in the breach of conduct. University officials have apologized to the Boulder residents and assured them that all the students who were responsible will be punished.