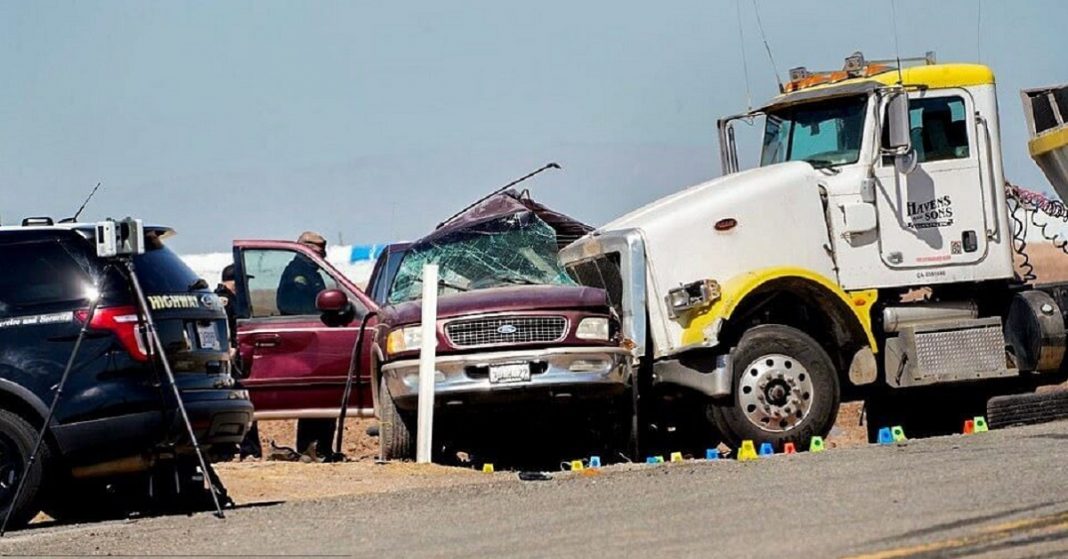 A horrific highway crash between an SUV and a semi-truck resulting in almost a dozen casualties and several injuries yesterday has left the nation deeply saddened. The reports have confirmed that there were illegal immigrants and smugglers coming from Mexico.

The accident occurred near Holtville, a small town just outside of San Diego. The accident involved a Ford Expedition which usually comprises eight seats. There were as many as 25 people traveling in that SUV. The SUV’s back seats were removed to create more space to accommodate a large number of passengers.

12 people died on the spot including the driver of the SUV while another individual succumbed to injuries in the hospital. The remaining eight passengers were shifted to different local hospitals for further treatment. The California Highway Patrol officials confirmed that they have contacted the Mexican Consulate to identify the victims and notify their families. The ages of the victims were between 15 to 53 years. 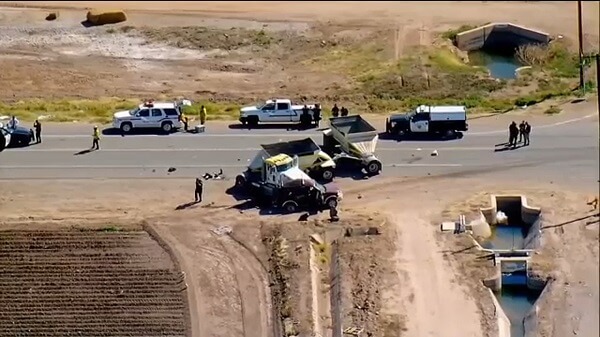 The Mexican Consulate has identified seven passengers as its citizens.

The Border Patrol source claimed that it has been on the lookout for illegal immigrants and smugglers across the border before the crash happened. According to the sources, two vehicles with illegal immigrants had crossed into the USA through a ten-foot-wide hole in the wee hours of Monday midnight. This was recorded on a camera system nearby. Once they were notified by the Imperial County Sheriff’s Office about the crash, they realized this is one of the vehicles they were looking for. They are determined that the deceased and the injured were mainly illegal immigrants and smugglers.

The crash took place just eight miles away from the holed fence, which supports the theory provided by the Border Patrol. According to the Customs and Border Protection sources, the crash happened near Calexico, California after the vehicle entered from the hole cut into the fence.

Dr. Adolphe Edward the chief medical officer of El Centro Regional Medical Center has claimed that there were dead bodies of at least 13 people brought to them. The surviving victims have suffered from different life-threatening injuries, but they are being treated without any discrimination. He further claimed that almost all the victims appear to be in a stable condition.