Captain Kirk is all prepared to visit the space, where any other captain (not even the ones who acted as space fighters) might have not gone or planned before.

The first spacecraft from the private company launched on July 20th this year, carrying the mega-rich guy the founder of the company Jeff Bezos, Mark his brother, Wally Funk aviation pioneer, and Oliver Daemen, a student to visit another world outside the earth – Space.

This time the second spaceflight is in the highlights due to the passenger-actor, an iconic 90-year William Shatner. William Shatner stated in an interview last week:

“I’ve heard about space for a long time now, I’m taking the opportunity to see it for myself. What a miracle.”

The space mission dubbed NS18 is all prepared to take off at 6.30 am PT Wednesday, Oct 13th.

The Blue Origin will begin the live coverage 90 minutes before and will stream the taking-off experience live.

According to the reports; the capsule is all set to be separated from the booster to continue its journey to the subordinates where the passengers are expecting to have a memorable journey of all time.

Shatner posted on Twitter a clip of the interview, saying “I want to write about my love of Earth.”

The flight launch was subjected to lift off on Oct 12 Tuesday, but the winds were forecasted that delayed the launch.

“Weather is the only gating factor for the launch window.” 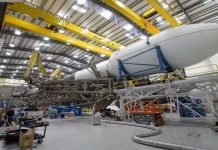 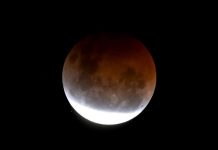