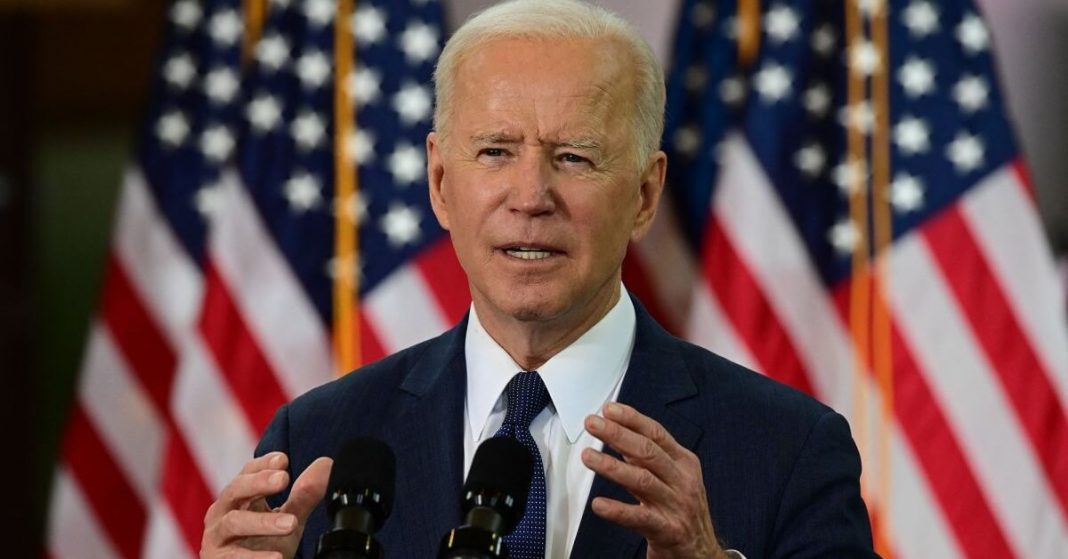 President Joe Biden’s top officials will be heading towards Capitol Hill to negotiate with Congress on the bipartisan infrastructure package of almost $1 trillion as announced earlier.

The team of the top officials includes Steve Ricchetti, counselor to the president, Brian Deese, the director of the National Economic Council, and Lousia Terrell, the legislative affairs director for the White House.

According to the reports, the two sides are close to a mutual agreement but there is a fierce divide over the payment schedule. A coalition of 21 senators has given several possibilities regarding the fund’s disposal and other core issues such as the coronavirus relief funds repurposing, tax gap closure, unemployment insurance company leftovers, which were prematurely opted out by 26 states from the federal relief program, and the burning issue of raise in the federal gas tax.

After the meeting among the congressmen and the Biden team; it is expected that the lawmakers will hold a meeting with Biden at the White House to further discuss the bipartisan infrastructure package.

The bipartisan lawmakers comprising 10 democrats and 11 republicans are all set to pass the infrastructure package. The money is expected to be spent over five years on the core projects of the infrastructure base such as building bridges and roads, broadband, and facilitating the transit systems across the country.

The latest plan to be negotiated by the Biden team with the lawmakers does not constitute a lot of suggestions previously made by president Biden. There is a gulf over the recommendations of eldercare and the building of separate veterans’ hospitals. The latest model of the proposal has a lot of Biden recommendations missing which shows that he is willing to compromise.

Another reason for this back step is that democrats have hinted at proposing separate reconciliation bills worth almost $6 trillion which will include the two highly anticipated economic reforms unveiled by president Joe Biden earlier this year. They are the American Jobs Plan worthy of $2.3 trillion which is a set to make humongous investments to rebuild the roads and bridges along with combating the climatic changes and improve the health care for elderly and disabled citizens and the American Families plan which has a worth of $1.8 trillion; which is directed towards the government-fund social safety net.

Senate majority leader Chuck Schumer had hinted last week during a budget committee meeting; to start the budget reconciliation process with the democrats so that legislation can be started. The democrats are aiming to make the $6 trillion packages pass the house, which will build the ideology of Biden’s “jobs” and “families” aid plans.

The White House press secretary Jen Psaki stated that it is a very good sign that both the republicans and the democrats are on the same page and are willing to negotiate to pass the legislation in the house. The president is eagerly looking forward to getting the details on the infrastructure package to pass it as soon as possible.