Home US News Biden and Harris Visit Atlanta After Shooting Spree, Vowing to Stand Against... 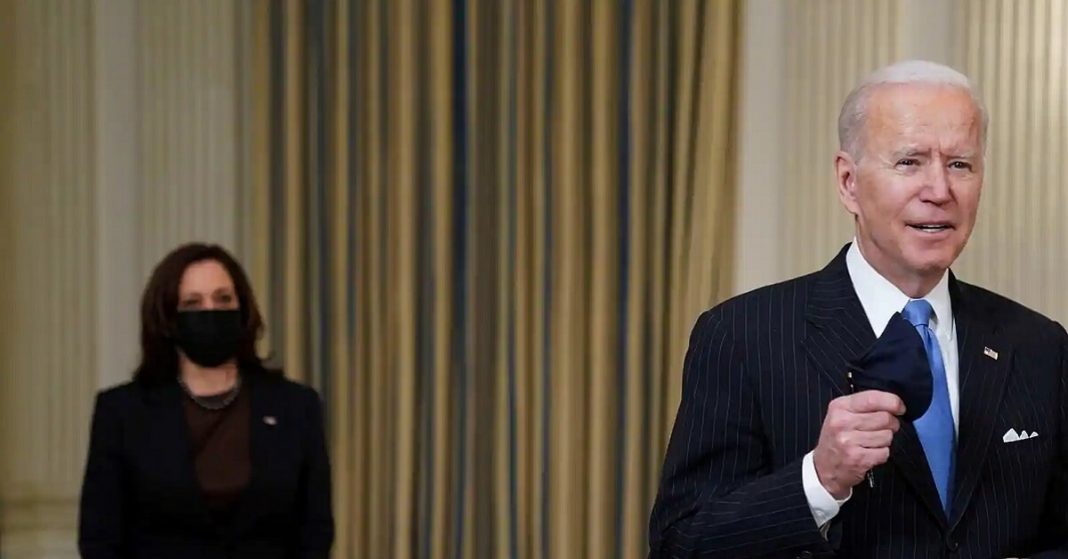 President Biden with his Vice President, Harris, recently went to Atlanta city after the unfortunate massacre and has heartfully encouraged the people of America to stand up and raise their voice against the big prevailing issue of Racism.

It seemed that Biden got emotional while addressing the people of the region that has been subjected to mass shootings, targeting Asian spas,  causing eight deaths.

In his speech at Emory University, Biden said that there are core values that bring us together as Americans and one of those is to stand against racism together. He further said that violence and hate are often met with us being silent and we need to change this since silence makes things even more complicated. Therefore, we have to act and speak out.

The Purpose behind the visit

The main purpose of Biden’s visit was to ease the anguish and frustration that many Atlanta residents are still feeling three days after the alleged rampage of suspect Robert Aaron Long. Four more victims were identified on Friday. The local leaders gathered to condemn the increase in violence against Asian Americans. This mass shooting is the most high-profile gun massacre since the country was quarantined a year ago due to the covid-19 pandemic.

Video Footage of a suspect

The Washington Post received new surveillance footage on Friday. The video footage revealed new details about the suspect’s activities just before the shooting. The driver pulls up his vehicle right in front of a spa and sits there for about an hour before entering. After an hour, he comes out of his vehicle, wearing an orange long-sleeved shirt, dark pants, and dark shoes, and enters the spa. According to the video, he joined Young’s Asian Massage an hour before reports of gunfire. It’s all hazy what he did inside. He leaves about an hour later with his head bent down, gets into his car, puts on the wipers, and pulls out of the parking spot.

President Biden and Harris also met with Asian American and Pacific Islander community advocates and local legislators for over an hour and talked about the serious matter of Xenophobia.

Harris said that Racism and Xenophobia are real issues in American and have always been there.

Indignation over the massacre has spread far beyond Atlanta now and the whole country has been raining donations. The GoFundMe campaigns have been raised to help the families of victims of the massacre.