Australia’s antitrust regulator states that it is trying to gain power in order to compete and curtail the monopoly of American-based company Google in the world of advertising.

According to the policymakers of Australia, there have been clashes in the past between Google and Australian regulators as the advertising dominance of the Google search engine has captured the market to grave length.

The Australian regulator states they are planning to revamp available technologies in order to curtail Google dominance. They are involved in the usage of algorithms that will minimize the advertising advantage of Google in the form of videos, images, pop-ups, and banners.

Businesses around the world largely rely on Google and its algorithms to reach out to their potential customers, which generates revenues and it is a win-win situation for both parties.

According to a report, Google is in a monopolist position when it comes to advertising technology especially in the supply chain region, and it is estimated that more than 90% of the ad clicks across Australia used Google service in 2020.

The ACCC report also stated that Google has been involved in blocking the advertisements of its rival technology services especially on its streaming service YouTube.

Google uses its market dominance in order to give priority to the services which will protect it from the competition.

The ACCC has demanded Google come forward with clarifications regarding its tech services especially the advertising technologies. The Australian regulator stated that it will be hearing the response of the US-based search engine before making a final decision and wants to ensure a harmonious atmosphere where everyone can grow regardless of self-preferences, rivalry, etc.

The Australian regulator has sent its report to its international counterparts such as the US regulators and the European regulators in order to investigate the business model of Google and to come up with a solution that will be beneficial for everyone.

Google did not respond immediately to the said report.

Tragic Bus Accident in Mexico Takes the Lives of 19 People

Russia – At least 52 people dead after a Siberian coal mine caught fire and exploded, leaving no survivors behind 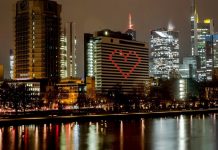