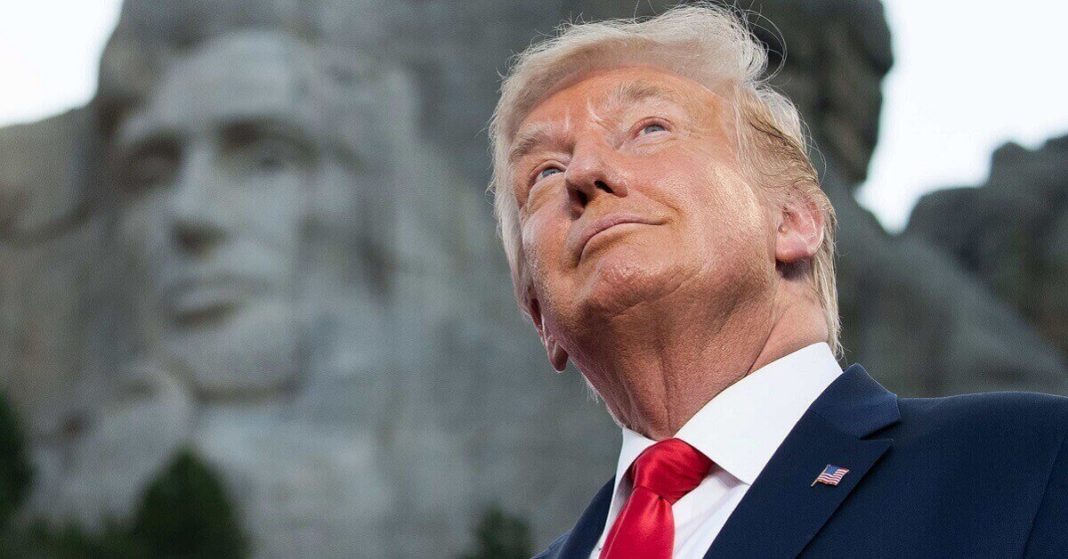 As improbable as it may seem, it looks like Donald Trump wants to do something good for a change. On 3rd July, Trump publicized the origination of a National Garden to honor the recognized Americans of the past.

In a very ardent speech at Mount Rushmore, Trump announced that this garden is intended for the commemoration of the great American heroes. It is promised to house statues of all historically noteworthy individuals of the United States.

Mr. Trump also claimed he will be signing the executive order soon and the construction of the garden will be initiated immediately. It will stand as a reminder of the unflagging efforts of the USA’s forefathers.

It seems that this noble work was instigated by Mr. President due to the upheaval in the country. Not everyone seems to want to pay tribute to past American figures- as citizens make reckless attempts to demolish certain memorials of the country.

From exemplary past presidents like George Washington to esteemed sports players like Jackie Robinson, the monument hopes to lodge them all.

The list of heroes suggested being made a part of the national garden remains longer. However, the names included and excluded from the list are predicted to cause contention between people with variety of opinions.

The right-wing liberals will certainly have issues with conservative SC jurists like Scalia being listed. While the Democrats will definitely be angered by the lack of representation for renowned democratic leaders such as John F. Kennedy.

The disagreements might not just end there, disputes may also arise regarding which of America’s founding fathers deserve a statue. Many Americans have also been demanding the destruction of Mount Rushmore due to land issues, calling Trump a ‘white supremacist’ for going there.

Trump sees the violence against historical landmarks as acts of hate in the pursuit to ‘end America’ the US administration is thus making efforts to combat this disruption.The much hyped national park is set to open in 2024. Let’s just hope Trump can refrain from adding a statue of himself in the recreation grounds.