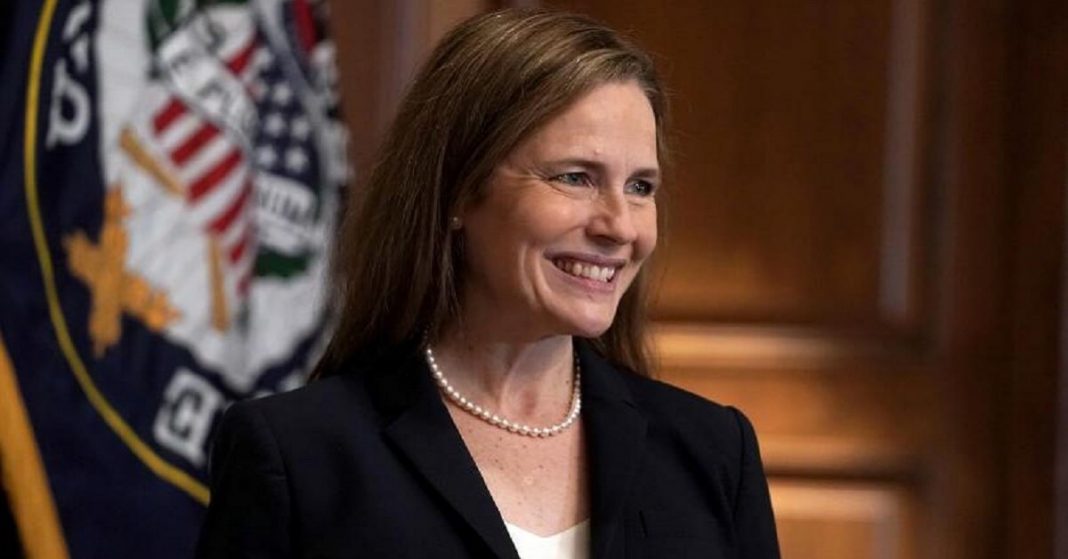 Amy Coney Barrett has been successfully sworn in as the Supreme Court Justice. This is a big victory for Trump as six out of the nine judges in court is now conservative, which means the scales have been tipped to the right.

Even if Biden wins the upcoming elections, Trump has secured his judicial appointees. In the past four years, he has appointed 3 conservative judges to the court.

The Republican majority leader has spoken on the matter, saying that if they lose the elections, whatever progress they have made over the past four years will be erased. However, the Supreme Court Justices will remain in place for a very long time, and hence, this is one thing that cannot be undone.

This also means that the conservatives’ judges will have a major influence on the controversial debate topics such as abortion, same-sex marriage as well as climate change. The majority of the Americans, however, support the liberal views on these matters.

Barrett claimed in her speech that she will not be biased and will follow her judgment instead of favoring a particular branch of the government. 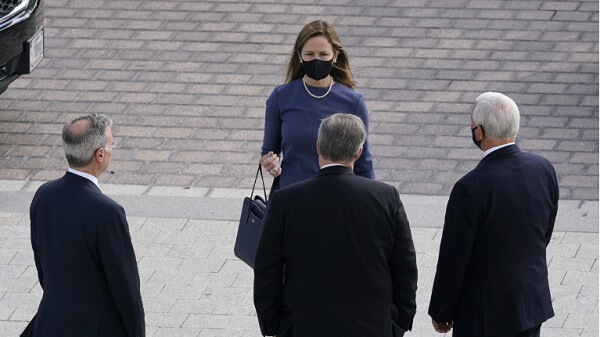 Many members of the Senate, however, voted against her which also included a Republican Senator who explained that she was voting against her because her appointment did not seem fair.

This appointment of Amy Coney Barrett is the closest confirmation to a presidential election in the history of America. In 2016, Barack Obama’s Supreme Court nomination was not taken into consideration because it was decided that the new administration should be allowed to decide.

This move of the Republicans made them the center of criticism as they have elected Amy Coney Barrett with only eight days left in the elections.

A top Democrat remarked on the matter saying that even though they were successful in appointing Barrett, this will hurt their credibility for years to come.

Biden has also commented, saying that the voices of the American people should have been taken into consideration to decide who would replace the late Ruth Bader Ginsburg.

Moreover, they have also been criticized for celebrating with 150 guests on the lawn of the White House without following any of the SOPs advised by health professionals. This was shocking particularly because the celebration for her nomination also led to many officials being infected by the coronavirus including Trump.