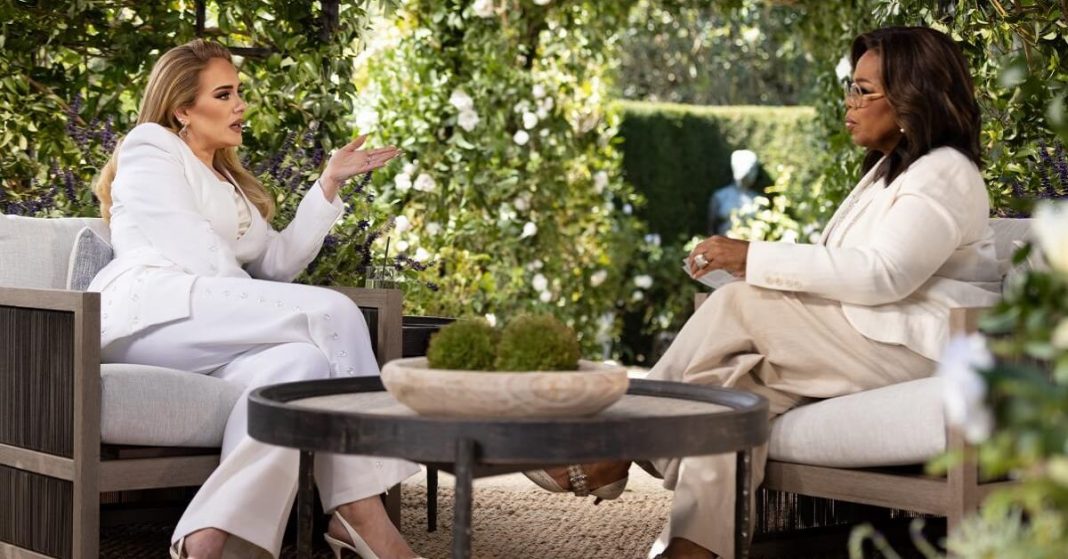 World-famous superstar Adele, who got recognition for the powerhouse voice released “Adele: One Night Only” special on CBS which surpassed 9.92 million viewers, making it the most-watched entertainment event since the prestigious Oscar awards ceremony which took place almost 7 months ago.

#Adele was trending in the top ten in the United States for straight 11 hours. This CBS special was telecasted to showcase Adele’s first work in almost 6 years as she wanted to promote her long-anticipated and upcoming album “30”.

The highlight of the special was an exclusive interview with Oprah Winfrey. The famous songstress also shared a lot of behind-the-scenes glimpses from the recording as well as her partying with her star pals.

Adele kept on sharing candid shots and not before insights from behind the scenes of the One Night Only special telecasted at CBS. Adele was seen in a radiantly beautiful short dress in autumn hues with a cocktail in her hand. She was accompanied by her celebrity friends such as Nicole Ritchie.

The autumn-hued dress that Adele wore was from Oscar de la Renta. She looked extremely happy and joyous while she cozied up over a cocktail with her friends.

She put up a picture of herself and her pals on Instagram with the caption “cocktails and crying all round.”

The new pictures came after the enormous hit CBS special ended on the television with a concert at the end. The One Night Only special broke all records of previous special one nights, including the Academy Awards.

According to the reports, the superstar charged $5 million from CBS for the special night along with an additional $7 million for the interview with Oprah Winfrey.

The interview with Oprah was personal on so many levels. Adele has already stated that this album is about rising again after her divorce. During the interview, she stated that her ex-husband Simon Konecki “saved her life and also gave her stability after she found herself on a self-destructive path.”

The songstress talks in great detail about her ex-husband, their divorce, and their son Angelo. She also talked about the difficulties she faced while going through the divorce and explained to her son about the separation.

Adele will be releasing her highly anticipated album “30” soon and it is expected to top the charts like all her previous albums.

Olivia Rodrigo is all set to unleash her teen anguish on a road tour!