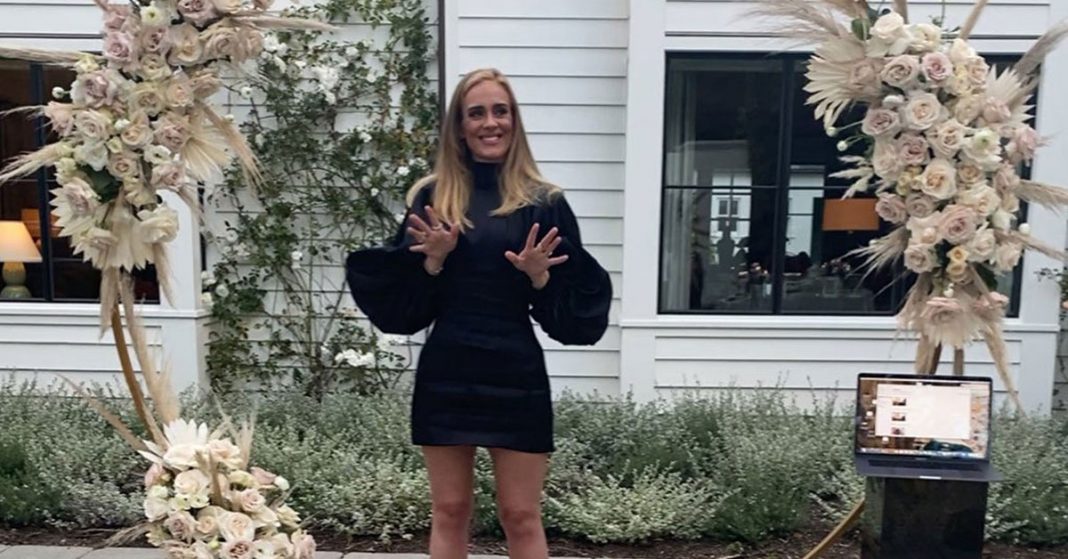 Singer, songwriter, and worldwide superstar Adele surprised her fans on social media after a 5-month long absence from the platform. After disappearing from social media for an extended period, Adele returned to Instagram to post a picture of herself from her 32nd birthday.

The picture, which was posted on social media, featured Adele at her residence decorated to celebrate her birthday. Social media platforms aside from Instagram, such as Twitter, experienced a flurry of mentions for the pop star after she emerged from her hiatus.

Adele, known for her #1 bestselling album “21”, came to worldwide fame with the release of her song “Hello”. Fans of the singer remain in anticipation of future releases.

Sharing the picture to her millions of social media followers, Adele was a picture in an all-black dress and shoes with floral decorations in the background. She thanked her followers for the love shown on her birthday and urged all to stay safe during the rise of the pandemic.

The singer also used her platform to voice her appreciation for those working on the frontlines against the virus, both in the place of her homeland of England and beyond. The picture was also remarkable as it showed the amount of weight the singer had lost in the time she had been away.

This dramatic loss of weight was met by congratulations from fans and celebrities alike. Model Chrissy Teigen and husband John Legend commented on the singer’s transformation, whilst Rita Wilson, wife of Tom Hanks also congratulated the star.

Adele has tried to remain distant from the public eye throughout her career, whilst firmly being in the spotlight because of her musical exploits. She and husband Simon Konecki announced in 2019 that they had mutually decided to part ways after being married for 3 years.

The pair had long been together and bore one son, Angelo, born in 2012. Details of the split were kept private between the two.

Adele hinted at her weight loss journey in a cryptic post in October. However, due to her long period away from the platform, fans did not realize the true extent of the singer’s transformation.