Home Sports After one year of commitment, Aaron Rodgers calls off engagement with actress... 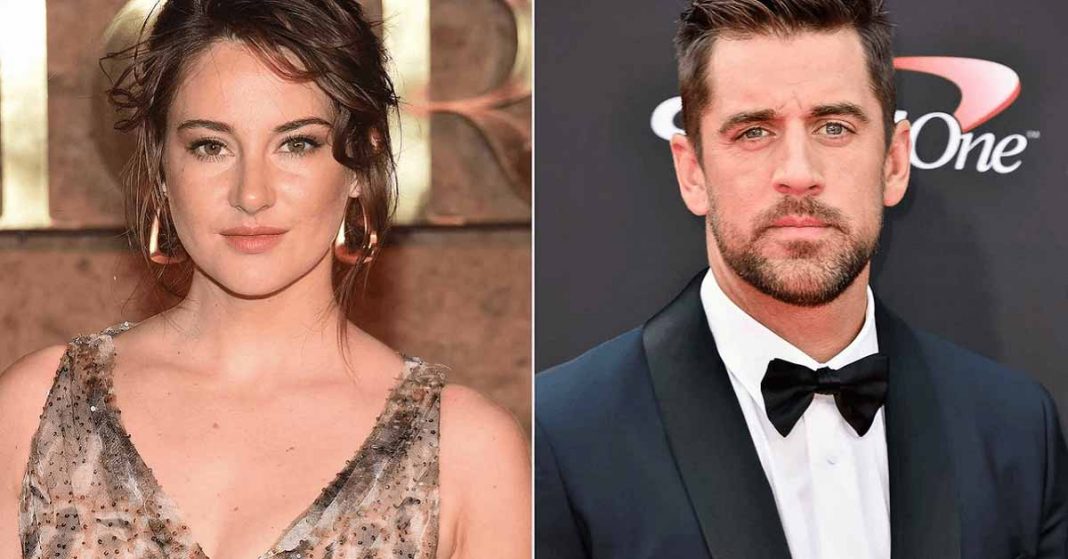 Aaron Rodgers calls of his surprise engagement with Shailene Woodley that he announced during his acceptance speech as NFL’s MVP in 2021, an insider close to Woodley revealed to CNN.

“It’s over! 💔 Aaron Rodgers and Shailene Woodley have called it quits one year after announcing their engagement. “Neither of them was happy,” a source exclusively tells In Touch”, Tweeted In Touch Weekly

After the breakup rumors stormed the internet, another insider confirmed that the 38-year-old NFL player and California-born actress have split after almost one year in a relationship.

“It was an amicable split; it just wasn’t working,” says the source.  “They’re very different people with busy careers and there were obstacles that they couldn’t surmount. They will remain friendly; there’s no bad blood and no drama. It just didn’t work out for them.”

Woodley’s representative did not respond to the request for comments, while Rodgers’ refused to respond.

The breakup news of the couple came following the NFL player who was criticized for not getting vaccinated when he contracted Covid in 2021. Later in August of the same year, he addressed the media saying, he was  “immunized” when asked if he had gotten his vaccines shots done amid the surging NFL protocols to evade Covid threats.

However, when Rodger made an appearance on Pat McAfee Show on November 5, he revealed that he was ‘unvaccinated’. Later Woodley made “disparaging” claims regarding the NFL player.

The previous year in February, during Jimmy Fallon’s The Tonight Show, Woodley told the host that she had never imagined that she would be marrying a guy who “throws balls for a living.”

The next month, Rodger raved about his joyful love relationship with Woodley, saying, “I’m recently engaged, so been enjoying that part of my life,” and added, “Obviously, that’s the best thing that’s happened to me in the last year.”

Later that month, the two were spotted together for the first time following their breakup news, heading for dinner in Arkansas. Soon after, fans spotted them on their ‘most PDA-packed outing’ at Walt Disney World’.

The dreamy love relationship of the two, which rose even further during the quarantine period, came as a surprise to their fans. However, when things began to return to normal and the NFL started, the spark seemed cold between them.

“There’s no wedding planning happening. There’s no rush. We’ve got no rush,” Woodley said in an interview with Entertainment Tonight.

Later Rodger elevated the suspicion after saying they were ‘focusing on work separately’. “It’s a busy work time for her, so [my decision] probably came at a good time for both of us to be able to focus on our work. I think it’s going to be a good thing,”  he said to Haute Living in September 2021.”I mean, her work was shut down for an entire year, and she’s booked a number of projects. She enjoys working and her own routine, which I obviously enjoy, too.”