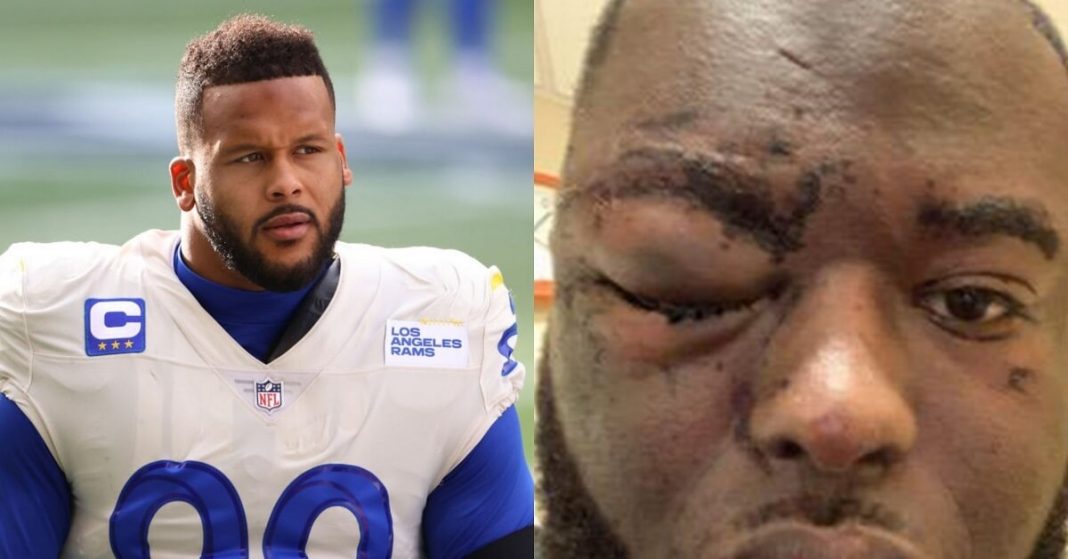 Widely recognized for his exceptional skills and talent, Aaron Donald has created a mark in the field of football. But recently, Donald has stirred a new kind of controversy altogether; putting himself and his career in jeopardy. On Wednesday, a Pittsburgh attorney named Tod Hollis declared that he had registered a complaint against the defensive tackle of the Los Angeles Rams.

Hollis filed the complaint right after Donald allegedly assaulted one of his prestigious clients outside a Pittsburgh club in the vicinity. In conversation with Yahoo News, he stated that this unfortunate event occurred close to dawn on April 11th.  He mentioned that Aaron Donald did not hold back; he gave Hollis’s client a myriad of different injuries ranging from a severe concussion to a fractured nose and eye socket.

According to Hollis, the scene had begun inside the club when his client DeVincent Spriggs collided with Donald by mistake. The two men were requested to leave the club, but when Spriggs walked his way out, Donald went haywire and beat him up with a mob of friends. Hollis added that Aaron Donald and his friends didn’t seem to stop at all; If it wasn’t for a friend of Spriggs who jumped in the fight, the injuries would have been critical. 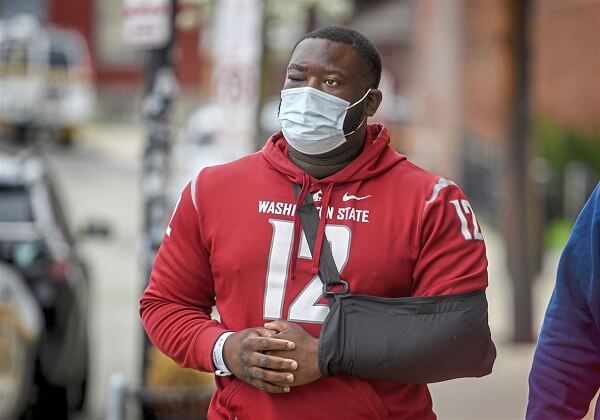 Hollis was quick to add that his client’s build helped in building a strong resistance to the injuries thrown by Donald and his friend. He stated that “Mr. Spriggs is a relatively big man, had It been a smaller man, he could have been killed.” Thus, in a subtle yet direct way, Hollis announced that his client is only alive because of his robust build. If it were up to Aaron McDonald, Spriggs would have been dead days ago.

The matter has been taken to the police and they are already in the process of studying the complaint and other evidence that would help them to conclude if charges are required. The police of Pittsburgh spoke to the person who issued a complaint and his story was identical to the one that Hollis described.

Since evidence and testimonies are both in the favor of Hollis and his client, the police will issue charges against Aaron Donald. 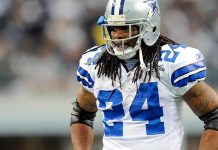