Home Entertainment A recap of Money heist, before you binge-watch season 5 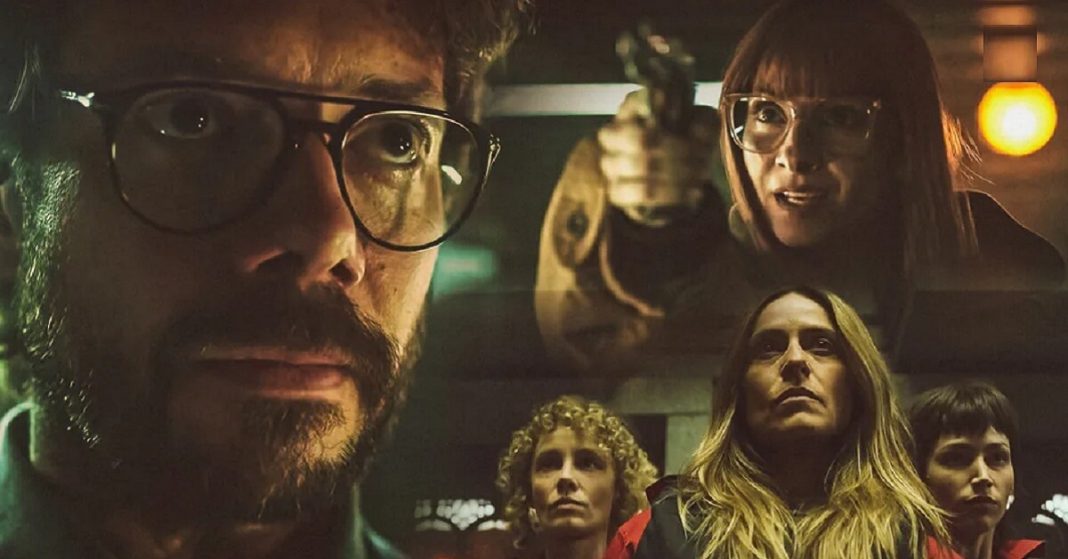 Money heist – the Netflix series which took over the world by storm, gripping the world with each of its sequels. Now it’s all set to release the first half of the grand finale on 3rd September.

La casa de papel commonly known as money heist is a crime drama set in Spain that has kept all the fans and followers on their toes with anticipation and drama. The crime drama just got intense in the last 4th installment which broke all the records of fame and fan following!

The action pack crime drama involved suspense and action revolving around a group of robbers who have targeted a bank to make their heist successful.

Can’t remember the storyline? Or want to have a revival of the main action-packed scenes that made the show what it is today? Then read this out as we give you a quick recap of money heist up till now!

Season 1 and season 2 set the tone of the show as they mainly focus on the overly ambitious heist plan on the Royal Mint of Spain where you can see the professor building up his most trusted army to take over the building and leave with a 2.4 billion euros in hand.

Both the seasons are like a buildup about the members of the heist, professor, and their months and months of planning.

The action-packed drama is full of suspense and thrill, as you can witness setbacks faced by the team such as the shootouts, several mutiny episodes within the team, hostages escaping, etc.

Season 2 ends on a greater note as the robbers are successful in escaping the Royal Mint of Spain with 984 million euros but lose their partner Oslo, Moscow, and Berlin because of the heist.

Season 3 starts with the heist players enjoying their lives after three years of their dramatic bank heist until Rio gets captured thru Europol and things take a nasty turn!

Professor decides to go back and get him freed by working on the old plan of Berlin which was actually to conduct a heist on the bank of Spain.

Inspector Raquel joins the team with the code name of Lisbon and brings back all the crew together to attack the Bank of Spain.

After immense training, the group sneaks into the Bank of Spain while taking hostages and gaining the country’s biggest reserves of gold as well as state secrets. By the end of season 3, the professor declares war when Lisbon is taken hostage and Nairobi is critically injured.

Season 4 starts with the group trying their level best to resuscitate life in Nairobi as Tokyo takes control of the heist downgrading Palermo.

Lisbon gets freed in season 4 after the professor gets the sympathy of the public by stating the gruesome torture Rio received while Lisbon was taken into custody. Things start to roll quickly as Lisbon joins her fellow members in the bank.

But … the twist where season 4 ended was inspector Sierra finding out the hideout of the professor, holding him at gunpoint! The extra edge to keep the fans anticipating about the next move of professor till season 5 returns on screens.

The second part of season 5 of money heist is scheduled to be released on 3rd December 2021.