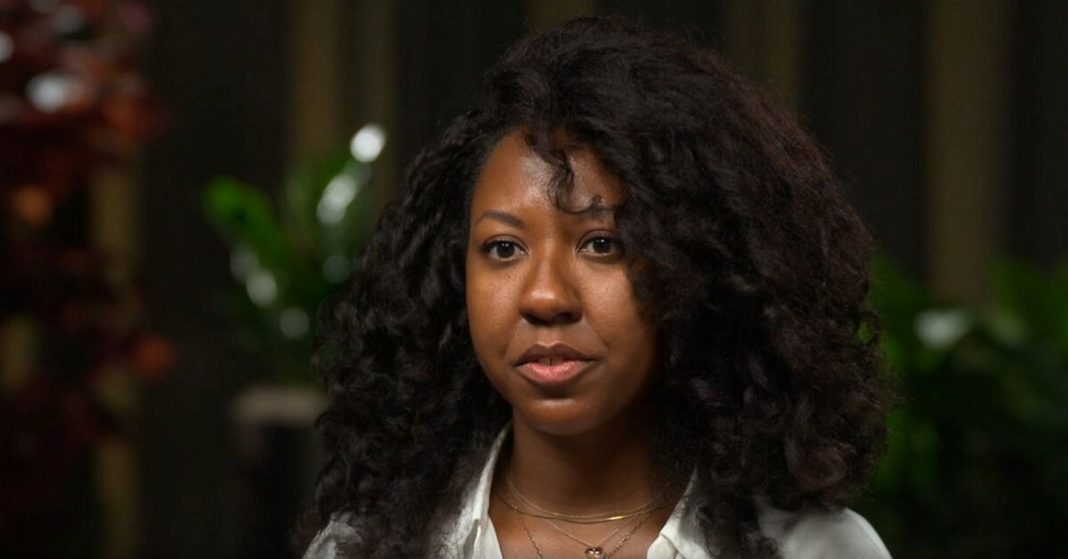 A video got viral showing a police officer restraining a black woman who was minding her own business walking her dog near North Avenue Beach. Allegedly, the officer in the video attempted to tackle the Woman, “unprovoked” as the Woman says.

On the night of Aug 28, a black woman named Nikkita Brown experienced a wired act of the Police official. As per her, she was walking her dog in Lincoln Park, located in the Chicago neighborhood, and a police official drove close to her and asked to abandon the area instantly – she stated in an interview on Thursday with ABC.

She added that upon his request, while she was on her way out of the part, the police got out of his car and followed her on foot.

As per the Black Woman, she told the officer, “I am leaving” and “I am walking away,” while she was actively walking forward to the exit gate.

In the video that the Woman recorded, the policeman was caught saying to her, “You can go to jail,” Allegedly, he also said to her that she would never see her dog again.

Nikkita Brown said she instantly took her phone out to record the scene and ask for help.

“Even if somebody didn’t answer,” she had to “at least leave a voicemail and say, ‘if you call me in the morning and you don’t reach me, I’m in jail, or worse.'”

Despite her request to stay away from her, the police kept following the lady shown in the video.

In one video clip, the officer was captured saying, “I don’t need a mask on, I’m outside,” right before he attempted to restrain and tackle her by knocking her cell phone off her hands and kicking her on legs.

After the two minutes of the altercation, in which brown stayed on her knees and asking for help, both the Woman and the officer left the area without the unmasked officer arresting her.

Brown revealed to the ABC that, “I knew if he got me on the floor, I would be dead,

As per the reports received from the Civilian Office of Police Accountability, a team is investigating the incident.

Andrea Kersten, chief of COPA, said, “We have a responsibility to investigate allegations of police misconduct and determine if they are well-founded based on the facts and evidence of each case,” and added, “If violations did occur, COPA would hold the officer accountable.”

Due to some privacy concerns, the officer’s identity has been kept private. However, Keenan Saulter, Brown’s attorney, appeals for the officer’s id to make a formal complaint in court.

According to her attorney, the officer has been involved in previous racial profiling cases, and he should be dismissed from the forces.