Home US News A Gunman fatally shot 4 people, including a mother who was carrying... 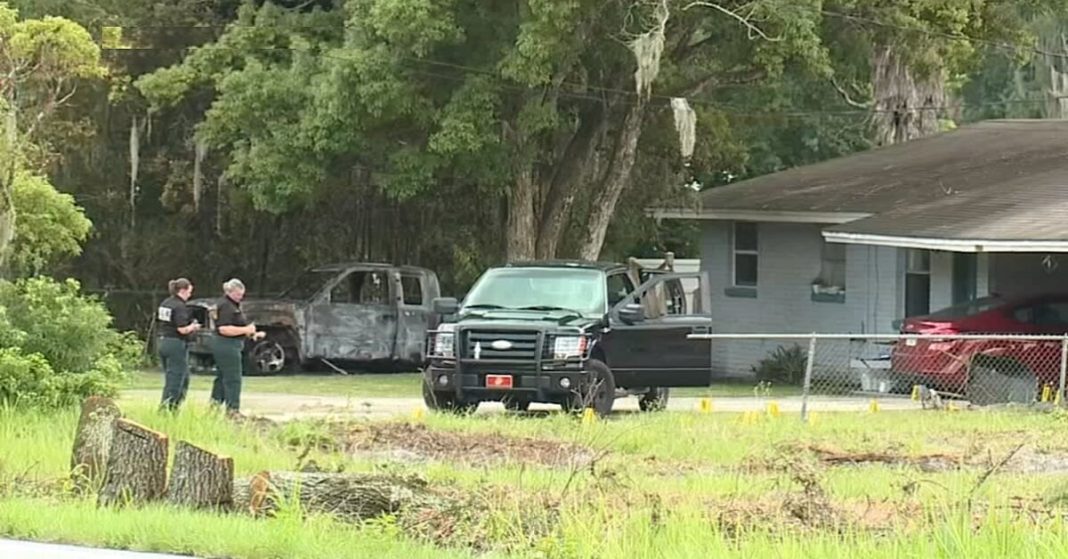 Lakeland, Florida – a former Marine brutally shot four people, including a man, child, and mother, and grandmother. All of them have lost their lives in what the Florida Sheriff called “An Active Shooter Rampage.”

On Sept 6, Sunday morning, locals reported an incident outside a property near Lakeland, Florida. The police were informed after the woman made a complaint by calling 911 about the man who carried about the incident. However, the police searched the location for 20 minutes, but no traces were found of the suspect.

Later the suspect was identified as Brian Riley,33, as he got into the fight with the authorities before finally surrendering to them. The suspect later tries to snatch a gun from an official at the hospital – said County Sheriff, Graddy Judd.

Judd added that afterward, the officers found 4 dead bodies, a 3-month infant, its 33 years old mother, a 40-year-old man, and a 62 years old lady in another house on the same property. The shooter did not leave the dog as it was also found shot fatally.

Judd revealed that another 11 year young girl was shot several times previously and was airlifted to the facility for a major operation. She is expected to recover. And another child who had been missing was found, safe and sound. “This man killed four people this morning, tried to kill our deputies, and then gave up,”

In an interview with the authorities, the suspect called himself a “Survivalist” and acknowledged to be methamphetamine – Judd said.

According to her girlfriend’s statement, he was diagnosed with PTSD and had been acting erratically in the past week. She also added that his boyfriend claimed to be receiving visions from God.

“She said he had PTSD. I’ve seen him depressed. I’ve never seen him violent,” Judd stated. “But a week ago today, meaning last Sunday, he did security at a church in Orlando. And he came home, and he said, you know, God spoke to him, and now he can talk directly to God. And she said I’ve never seen that kind of behavior.”

The suspect lived 20 miles from where he killed the four people in Brandon, Florida. On Sunday afternoon, in a press conference, Judd revealed that there was no direct connection between the suspect and the deceased family. He even finds it hard to tell why the shooter chose that particular family to kill.

“We just know we had a madman with a lot of guns that shot and killed innocent people,” said Judd.

“We’re not dealing with a traditional criminal here. What we’re dealing with is someone who obviously had mental health issues at least this last week, had PTSD,” she added.

Brian Riley is a former Marine. In 2010, he served for both Iraq and Afghanistan, and last was found working with a company located in Tarpon Springs, Florida as an “executive protection specialist”. Later he shifted to Brandon, where he met his girlfriend.