According to the recent news update on Covid-19, the US is expanding its vaccine base in order to aid it on an international level.

Moreover, the USAID also announced their new program on Monday about the US Government Initiative for the Global Vaccine Acess Program or Global VAX for short terms.

Moreover, the new Global VAX program will likely be investing around $315 million for the purpose of supporting vaccine readiness programs. Additionally, $10 million was also invested for the vaccine manufacturing process along with $75 million for delivering life-saving vaccines such as oxygen, according to USAID.

This initiative will also be prioritizing the support to vaccine provision to Sub-Saharan countries, where vaccination rates are quite low as compared to other parts of the world.

Around 70% of the total population in the US has received at least one shot of the vaccine, whereas, only 17% have received Covid-19 shots in Botswana. However, the scientist first identified the new and rapidly spreading omicron variant.

Such differences in the vaccination rates can be observed across the world, where the health experts have been continuously warning about the onset of the pandemic. On the contrary, the richer countries are rapidly vaccinating their population and buying up doses, while other countries do not have wider access to the vaccine until late 2022 or 2023, as per WHO.

Before the announcement of the Global vaccine, the US has already pledged over more doses for the country, specifically to the lower and middle-income nations. The U.S. has “shipped for free more vaccine than all other countries in the world combined,” President Joe Biden said.

However, the fewer people get vaccinated, one-quarter of the 1.2 billion vaccine doses were donated to the countries by the US.

The path of Omicron is now widespread in one-third of the US states which is depicting that Americans are more vulnerable to the viruses no matter where the new variant was first identified. 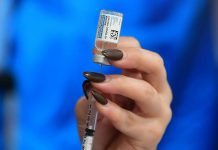 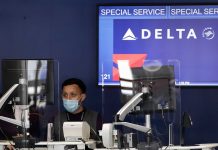