The pictures of Texas Democratic lawmakers fleeing to avoid election vote cast made rounds on social media last week. Now they are back in the news with getting their COVID-19 test positive one after another.

5 Texas Democrats have been tested positive for coronavirus up till now and the number is expected to rise.

According to the news reports, initially, three Texas Democrats tested positive for coronavirus but now two more joined the club and the total is five at the moment.

It is alarming to know that the news of Texas Democrats being positive came on the same day that Vice President Kamala Harris made a routine visit to the Walter Reed Medical Center after having a meeting with the group of Democrats.

A group of 50 something Democrats had fled Texas to deny the Republicans having a quorum to approve a state legislature. The state legislature requires a specific number of lawmakers to carry out the legislative business. By fleeing from the ground, the Democrats obstructed the attempt of Republicans to pass election integrity legislation.

The election integrity legislation would have strengthened the ID requirements of the voter for the mail-in-ballots, which also became a source of concern and arguments after the general election of 2020.

The Governor of Texas, Republican Greg Abbott showed his anguish by stating that the fleeing Democrats would be arrested as soon as they come back to Texas and the session will take place after they return.

The obstruction attempt made by the Democrats was successful or not; it is still unclear.

The fleeing Democrats were heavily criticized when their picture made waves across different social media platforms; as they were seen traveling without masks.

More than 50 Texas lawmakers were tested after the news broke of the first confirmed case last week.

The news of positive cases among the fleeing Democrats doesn’t surprise the nation; as the country grapples with a surging number of coronavirus positive cases due to the contagious delta strain originating from India.

According to the Centers for Disease Control and Prevention, confirmed cases across America are on a rise once again. The most recent data showed an average of 26,036 new cases per day which makes it an increase of 69.3% in the daily tally. 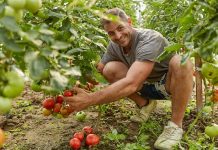 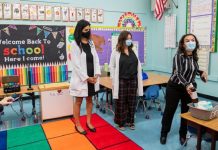 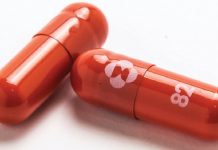