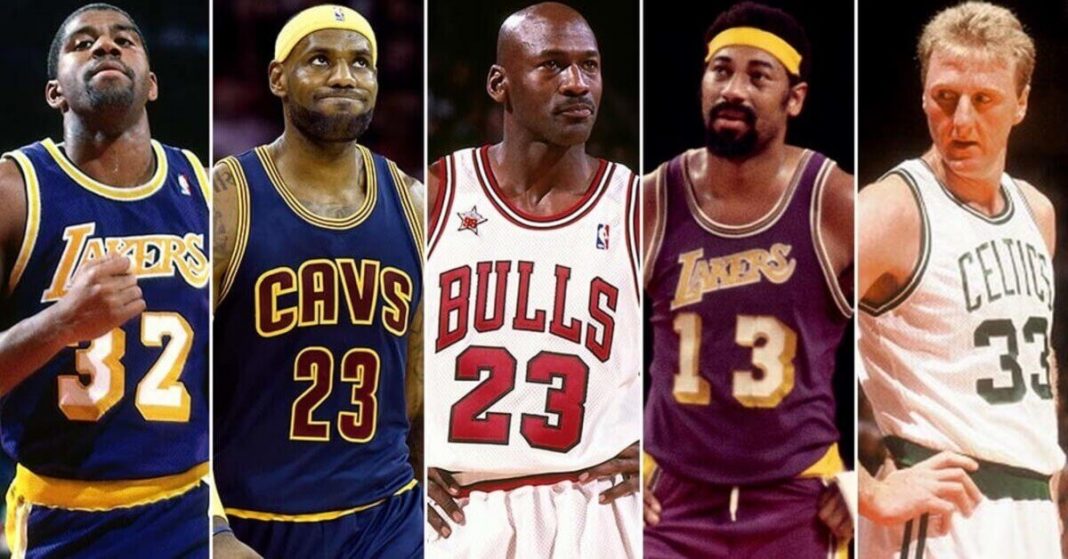 Following is the list of 10 best NBA players of all times that have been an important part of the league from the initial stages till now.

Hakeem Olajuwon was the head of the Houston Rockets. He played in NBA championships in 1994 and 1995. He gained the title of Defensive Player by NBA. He scored 26,946 points throughout his career.

Kareem Abdul Jabbar started off playing with Power Memorial Academy for about four years and scored 2067 points. In 1969, he joined NBA. During 1970-71, he won the NBA championship and scored a total of 2596 points.

He was selected in San Antonio Spurs by NBA. He was a major part of five championships. He started with San Antonio Spurs and scored 24 points and 17 rebounds in the finals. It gained him the award of Most Valuable Player of the NBA. His total career points are 26,496 with 15,091 rebounds.

He is considered to be one of the dominant players of all time. With his career start-off, he scored 50.4 total points and 25.7 rebounds. He scored 4000 points in NBA’s 1961-62 season. Chamberlain’s total points scored throughout his career are 31,419, which is record-breaking.

LeBron James is considered to be one of the best all-rounders of basketball. He’s been a part of three NBA championships. The scores and performance in the first season of NBA with the Cavaliers earned him the title of Rookie of the year. He achieved many other titles and awards including the Most Valuable Player of NBA.

Larry Bird was the part of the three most prominent championships of the NBA and is known as the best shooter. His total career points were 21,791 with 24.3 points and 10 rebounds per game. He was selected in Celtics and his performance gained the team its first NBA title.

Robertson was selected by NBA in 1960. He scored an average of 31.4 and 9.9 rebounds in all the matches of his career. He gained the title of NBA’s Most Valuable Player in the 1963-64 season.

Magic Johnson played five championships in NBA. Being an all-rounder, he scored an average of 19 points and 7.2 rebounds in the matches of his career.

Michael Jordan is known as the greatest player of all time having a total of 6 NBA titles. He is known to be the only player scoring 3000 points in one season.